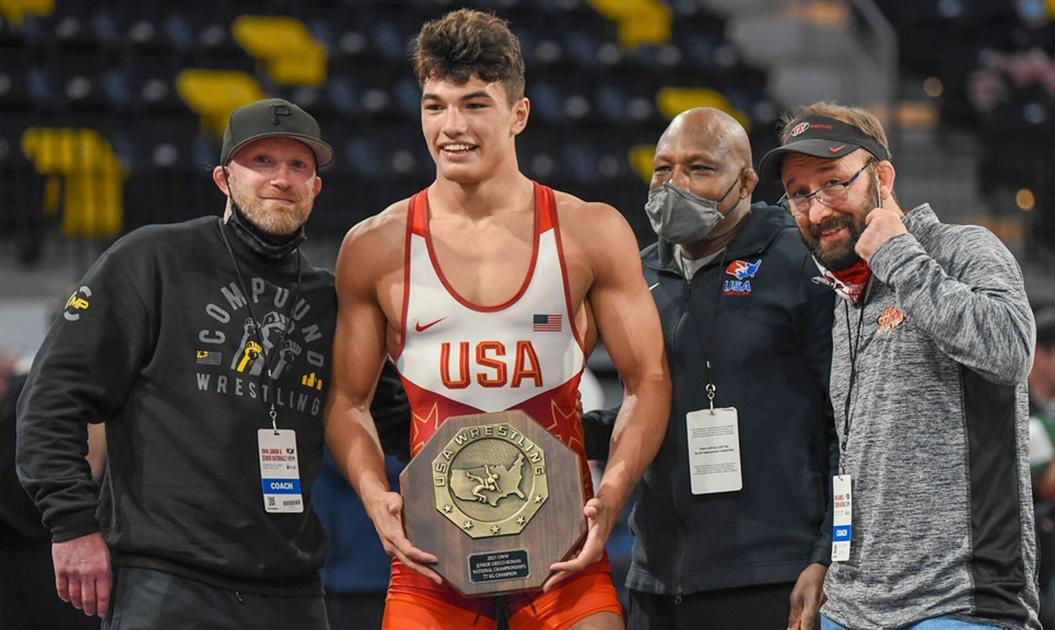 Woodward wrestler Matthew Singleton will represent the United States this summer at an international competition.

Singleton, a junior, earned a spot on Team USA at the United World Wrestling (UWW) Junior World Championships in Ufa, Russia, Aug. 16 through 22 by winning his weight class (74 kilograms) in the Greco-Roman part of the UWW’s Junior Nationals in Coralville, Iowa, May 2.

According to a news release, Singleton’s victory is the first of its kind in Woodward history and the first in Georgia in over 30 years. He’s also ranked as the No. 1 junior wrestler in the nation at 170 pounds.

“It is very exciting to have the opportunity to help one of my student-athletes at Woodward accomplish something that has never been done in (school) history nor in the state of Georgia in more than three decades,” said Woodward head coach Jeff Ragan, a former Oklahoma State wrestler who made the USA freestyle world team while in college. “Matthew is a truly special athlete and I cannot wait to coach him this summer to represent the United States at this year’s UWW Junior Greco World Championships.”

At the UWW tournament, he faced several top college wrestlers from around the country and won the title with a best-of-three series victory against the reigning Greco-Roman national champion (8-6, 9-0).

Singleton also competed up one weight class and entered the UWW junior freestyle nationals at 79 kilograms and earned a spot on the podium as an All-American, losing to a returning top nationally ranked NCAA qualifier from Arizona State University.

Get the latest club news content delivered to your email a few times a month.

Let's get to work! twitter.com/JNo_Knows/stat…

Compound Kidz! Always grateful to be able to be a part of kicking off a kids wrestling journey 🙏🏼 pic.twitter.com/WZqsJtXhLy

Amani Jones on her quest to capture her second Fargo Title today!!!

Let's get to work! twitter.com/JNo_Knows/stat…

Compound Kidz! Always grateful to be able to be a part of kicking off a kids wrestling journey 🙏🏼 pic.twitter.com/WZqsJtXhLy

Amani Jones on her quest to capture her second Fargo Title today!!!